Storytelling is alive and well, and in good hands! 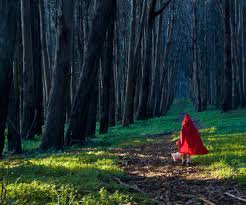 outines. And how empowering it is for children when adults accompany the children into the domain of storytelling and play. When children tell their own story and when they use their imagination to create their own plot and narrative, this can be a wonderfully empowering thing. One has complete ownership and a sense of agency.

As Vivian Gussin Paley says: “The teacher asks questions about the intentions of the storyteller and the actors. Does the boy say something when he’s looking for the dog? How about when he finds the dog? It is an open-ended dialogue, and only the author and the actors know the answers. This makes it extremely interesting and creative for the children and teacher. In most other situations, the teacher knows the answers to the questions.”

I think Paley’s quote sums up a lot about the value of oral storytelling.     The child is not regurgitating to order, he/she is not being tested for recall accuracy; instead the child is firmly, playfully, indisputably in the driving seat. And I see it to be a wonderful and invaluable thing. And for many children in the 21st century who do not have ( as I did) the luxury of being free unsupervised agents (often outside ) for the best part of the day, this freedom in the realm of imaginative storytelling is a super important modern day urban equivalent.  I suspect.

(This learning story includes both made up and known stories but even the latter were revealed to be devoid of ‘right answers’!)

It is also the child’s domain, as storytelling is second cousin to the dramatic play which occurs all day in the sandpit, the dress up area, the home corner, the art corner etc. It is in the realm of storytelling and dramatic play that children are at their most creative, most imaginative and most empowered.  In both mediums, one has to work with whatever materials are to hand, one has to accommodate one’s peers and collaborate and find solutions.

Today I played with Alex. First we were in the sandpit cooking and coping with a wild wolf in our midst. Then he brought me story books to read, then we shared lunch at the same table, and

finally we spent about an hour at the playdough table creating stories together with other children.

First, in the sandpit, Alex told me the whole plot of Little Red Riding Hood and I wrote it all down. By the time we got to the end, it was apparent that three or four children all had different ideas about how the story went. Did the grandmother really hide under the bed while the wolf was pretending to be her? Did the woodsman open the door with his axe? And was the wolf tied up or killed? No one had the final word but it was great material for complex dialogue and lots of language! And fun.

Then, after lunch, I found myself at the play dough table and spontaneously told the story of Jack and the Beanstalk, which Alex listened to with complete and total absorption. This was followed by the Three little Pigs and

finally the Billy Goats Gruff. The ability of the children to follow each nuance of the plot            ( all the while accompanied by quickly squidged play dough to represent the  different key characters) with steady focus was quite wonderful to me. And afterwards they all told their own stories, sort of side by side, and simultaneously, with a great deal of imagination, fluidity  and flexibility, incorporating what ever the others had made!

Alex, it was such a wonderful experience to hear you talking and explaining and to see how you incorporated threads and images from different stories and different people into your own play, and also your ability to focus and become completely involved.   Very exciting too was to see how confident all the children were to squish the play dough into their OWN shapes (not cut outs!) and declare what it was. I am not used to seeing children who trust ( and who are trusted to trust) the skillfulness of their own hands. Great stuff!

In the photo above (not included) he is holding up two fingers to let me know how many sisters he has. He told me that he brings them to his parents because they always prefer to come to him rather than to the parents and so he has to take them to you guys!! Another great story in the making! Thank you, Alex, it was great to meet you. (Recorded by Evelyn. June 2016)