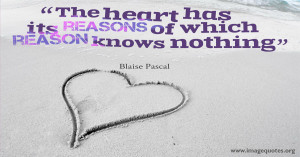 Well, the interesting thing is that even though I have scrolled through google and youtube I have never found the slightly adapted version of King Solomon and the Baby, which inspired me so much when I was a teacher at the Steiner school. I was only a relieving teacher at the time and was new to much of Waldorf philosophy. There were some powerful young 9 year old girls in the class, and the Main Lesson of the time was the Old Testament and most of the curriculum  material was linked to various stories from that volume. The reasoning, as I understand it, is that the Steiner school curriculum follows the natural cycle of a child’s development , which not illogically follows mankind’s own evolution.

William Harrer says: It is a well-known fact that fairy tales have their origin in the period of humanity’s own childhood, in far-distant times when people lived in a naive dreamlike state of soul, before the unfolding of intellectual capacities. According to the principles of biogenetic law, children pass briefly through the different stages of mankind’s evolution. Children between the ages of four and eight correspond approximately in their development with that period of humanity’s childhood in which fairy tales originated. An unspoiled child absorbs fairy tales during this period of its life, with an eagerness similar to the hunger and intensity with which a baby absorbs its mother’s milk.

This  may sound far fetched but it makes sense to me. Class Two works with Main Lessons that match their soul mood: Fables, Lives of the Saints, The King of Ireland’s Son. The Steiner school in Hastings describes the eight year old’s experience of life thus –Their development is moving towards self identity and encompasses a growing awareness of others as different identities with their own needs and abilities. The world as it affects them is still the basis of the children’s primary social response. The eight year olds are now in the final stages of imitation; they will still be influenced by others actions however and adults must continue to be worthy role‑models and to set the standards for all social interactions. The will is still predominant and the healthy eight‑year‑old will wish to act out all experiences. The children wish to please those they love and to know the world as a good and beautiful piece and they implicitly trust that adults know what is right and good for them.

This is all a preamble for me to get to the story I want to share with you. I took over this class of children when they were in Class Three and turning nine. This is the ‘year of the Rubicon’ for many children, with a dawning awareness that they are separate individuals, that their mother cannot read their mind, that death happens, and that the world is bigger and scarier than they used to think. Metaphorically, it is a time when they begin to be cast out of the Garden of Eden, or childhood, and fittingly, the Main Lesson stories are taken from the Old Testament. My understanding is that children at this age are nourished by stories which tell them that the adults around them, their teachers and parents, are aware of all that is happening and are making wise decisions so that the child feels ‘held’ as they go through the ‘nine year old crisis’. It is  a bit reassuring to hear a story about Jehovah who is so damned sure of  himself. ‘And God said… and that settled it! And Mum said, …and that settled it’. By the following year, Class Four , the whole picture changes and a completely different set of stories form the backbone of the year’s Main Lessons. Such an interesting curriculum and so spot on the way it mirrored the needs, development and evolution  of the children. I prefer it to the fairly random way the mainstream curriculum is decided upon: Oh, let’s do Hitler or pollution,…. oh wait , we haven’t done outer space yet…….what about a bit of…..?

In Class Three ‘The children will question those things that previously went unquestioned: “Who are you to tell me?”, “What is my real name?”, “Am I adopted?” They will push boundaries, venture forth fearlessly when you wish they wouldn’t and shrivel up fearfully where once they were confident. With the ninth year there comes an important stage in the development of the growing child, and this should be carefully watched and considered in teaching and education. It is the age when the child first really feels separate from the surroundings, which formerly were taken so much for granted. Self-consciousness becomes noticeably stronger and the soul‑life more inward and independent’. See this link for more.

So we arrive at my story about a story. Finally. Well, it was a tricky day and I was new and nervous. A fight broke out between two factions in the classroom and weapons (one candlestick holder and one flute!) were drawn and things rapidly spiralled down into a situation which requirement some form of action. Disciplinary consequences? deciding who was righter and who was wronger? Calling in the parents and having a class meeting? Was I competent to teach this class ? (‘This age makes great claims on the wisdom and tact of the teacher’ says the article above. Too right it does).

I was in a quandary and very stressed and unsure how to proceed. The whole class (and the parents)  felt divided and fractious and vulnerable. I spoke to an experienced colleague who calmly suggested that since the Old Testament was full of stories which were soul food for this particular age, I should see if I knew a story which might fit this situation and address it through the metaphor of a story. I felt as though I knew NO stories from the Old Testament. Well, only apparently unhelpful ones like Davis and Goliath, Samson and Delilah or Daniel in the Lion’s Den ( which in some ways was a very appropriate story!)

My friend reassured me that if I ‘asked the angels’ ( I now would translate that into ‘trust my intuition and my own deeper wisdom’) before I went to sleep, I would probably find one. How hard it is to trust one’s higher self and not want to Google and research and look up ‘the right answer’! … by all means , jog one’s memory but then to be quiet and to trust the process.

Sure enough, I woke ecstatic because I realised that I DID know a story and that it was the perfect story. The extraordinary thing , however , was that it was me, rather than the children,  who most needed to hear the story. The metaphor of the story was so meaningful and it resolved so much of the apparent complexity of the situation, that I went up to school in my best clothes and I would have taken a cake if I could have because, rather than feeling as though I was walking into a potential snake pit, I felt as though I was going to a party.

I was at peace with  myself, with what had happened and with what I would do next.

I did not tell the story in the morning, I did  not refer to the incident, but in my very centre I was clear as a bell. Curiously, with the admonishing finger of authority apparently not about to manifest and complicate things, the children actually sent little notes to each other during the Main Lesson, saying sorry to each other. Things pretty much went back to normal and I believe it was because I, as a conscious adult in the room, was carrying a sense of resolution, thanks to the story,  even though I said nothing . In the afternoon, I finally told the story, and this is how my version went. (I am not sure where I found it because all the ones online have based it on the original which attributes the death of one baby to the fact that its mother rolled onto it at  night and then substituted the babies so as to still have one. A bit short.)

My version described two mothers who had children and loved them. In my version there was no mention that they were prostitutes. As their babies grew a little older, one started to ail and eventually died. The mother was heartbroken and in pity , the second mother allowed her sometimes to care for her infant. And so a friendship developed and sometimes the other mother would bathe the child, or walk the child or rock her to sleep. And so on and so forth.  However, as time went by the bereaved mother became so attached to the child that she started to say that it was actually hers and refused to return the child. I probably spun out the scenario and the feelings and the situations until eventually it was a sort of village crisis with everyone arguing, and no one able to sort it out. Finally, a wise older woman suggested ( it was probably a bloke when I told it… it is very hard to resist the impulse to sideline women!! I challenge you to notice if you do this.?) that they take the child to King Solomon as he was also very wise and ask him to sort it out. The childless woman had really begun to believe her own story and so they went. After  hearing from them both, Solomon said that the solution was simple and called for his sword. Raising it above his head, he announced that he intended to cut the baby in two and then they could both have half! The true mother immediately cried out, ‘ No,no. The baby is hers. Give the baby to her!” and then Solomon lowered his sword and gave the child to its real mother because then he knew the truth.

The children listened without interruption and we ended our day by shaking hands as each child left the room. What was particularly memorable and special was that the one girl who was a key ringleader and possibly provocateur numero uno of the whole debacle, stopped at the door, to share with me her vehement indignation  at how bad that second mother had been. The story had done its work. And I was in a state of awe.

This was really my first introduction to the power of story as a healing tool. And I still  marvel at the way the images, the metaphor, the parallel just addressed the whole of the situation in a way that logic and reason and a lecture could  never have begun to achieve. We could  have had a class meeting and dished out consequences but it would have meant splitting the baby, (our little class community) in two. It was not the right way.

The article below addresses the same idea of stories offering alternative  healing potential for parents struggling with difficult issues with their children :