After reading A Storyteller’s Way,I decided to challenge my habitual, default ways of  ‘assembling’  stories. About six months ago, I used this wonderful image from Olga Levichko 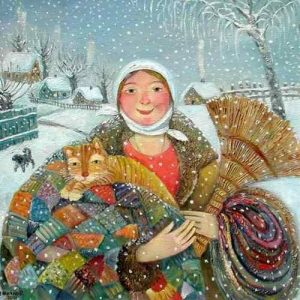 as a provocation for how to embellish and bring a story to life, but in such a way that it could appeal to all four temperaments. The temperaments are something Rudolf Steiner used as a lens with which to appreciate ways to approach different children, and to meet their needs. The concept of the four temperaments originated in ancient Greece and can be read about here on Wikipedia. They  include choleric ( stroppy feisty leaders), sanguine (funloving, easygoing, butterfly nature, easily delighted and change focus frequently) melancholic,( inward, sensitive, prone to perfectionism, and a bit moody) and phlegmatic ( self- sufficient, peaceful, observers who prefer stability and are kind).

Obviously no child fits one  temperament exclusively. Most children have a great deal of sanguinity and as we mature, it is  hoped that we will eventually have an even balance of all four temperaments. I was delighted this evening to take a simple online test and discover that they ‘diagnosed’ me as the one temperament which I usually fail to have even a whisker of (phlegmatic! getting older must help!)

The personality types can also be summarised as  the desire to undertake a task in a ‘fun way’ (sanguine) or in ‘my way’ (choleric),  or the ‘right way’ (melancholic) or ‘ the easy way’ ( phlegmatic). Equally, I realised, one could compare them to the seasons, or rather, the effect seasons have on us. Spring brings  all that good  humour and friendliness out in us, and then summer sees us getting things done and making impulsive strong gestures  and plans, and autumn brings with it a certain melancholic awareness of loss and the imminence of winter blues, whereas once we arrive in winter, it is a great opportunity to sit back,  hibernate, take it easy, eat a bit more and take a break from the busyness of the year.

So, Ashley Ramsden and Sue Hollingsworth brought their anthroposophical understandings to the business of storytelling. Each group of children will have a mixture of all the temperaments and it is possible, and a good idea, to choose and tell stories which will appeal to all four temperaments. And  within one story, one can be sure to include a bit of the sort of thing which lights each particular fire.

So, here are my four attempts to begin a story, related to the picture above, in ways that would inspire the four different temperaments. Check them out. What do you think?

So temperament one , choleric, might like a story which starts like this: ‘It was a cold, snowy night but the animals still needed to be fed. Olga grabbed her coat and her big blanket and her boots and stomped out into the deep drifts of snow. ‘Dog’ she bellowed heartily into the swirling mists, ‘Get over here at once, you rascal!’

For a sanguine child, who likes details so they can really sink into the story,” The sun had long sunk below the horizon and the moonlight sparkled on the crisp snow like a thousand beautiful tiny diamonds. An owl hooted in the distant dark of the forest and Olga pulled her warm coat closer around her ears and snuggled into its cosy furry collar.

For a melancholic child, maybe ‘ It was so dark outside and her father and mother were not yet back from the village and someone needed to get the sheep into the pen.She wanted to help and she could hear the bleating of the baby lambs and she could just imagine her favourite, Wagtail, and how scared he would be out in the open and of course, there were the wolves.

And the phlegmatic. Actually Olga looks somewhat phlegmatic doesn’t she… she does not look at all melancholic..but of course these elements can be brought in through other ways.. a snarling wolf would satisfy a choleric’s hunger for action and vigour, and the shivering cat trapped in the snow in the dark and in need of rescuer would appeal to the sympathies of a melancholic child ( melancholic had a different definition for ancient Greek doctors from what it means now – another post maybe.

So, finally. phlegmatic. It was warm and cosy in the cabin with the flames of the fire fitfully flickering and Olga felt deliciously drowsy after her meal of borscht and freshly baked bread, She rested on the sofa and stroked the snoozing cat and gazed out the window at the snow which swirled around the house, wrapping it in a coat of wintry white.

(Sorry, Olga, the choleric is about to get their turn again! , but at least there was a bit for phlegmatic Olga – it’s all about balance.

What I realise, when I set myself a little exercise like this, is how I ( and probably everyone else who isn’t consciously trying) will tend to invariably tell (and choose) the same sort of story with the same combination of emotional moods and variations on similar action/stillness ratios). Keeping the four temperaments in mind helps to keep the tone, mood and speed, varied and richer.

Cholerics like action/ verbs…. sanguine like details/ adjectives, melancholics often use more nouns and words that describe emotional states and moods, while phlegmatics like alliteration, repetition and lingering a little longer before moving on (that’s a fairly cursory summary but you get the drift….ha, a pun to end on! )

And four images that sort of  manage to link the season, the temperament, the mood and the energy….. not sure, but some super great photos there from Kirsty Mitchell ( autumn ) and Margarita Kareva (winter). 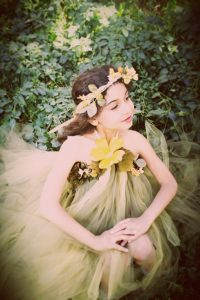 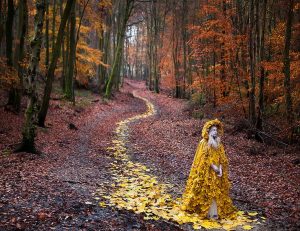 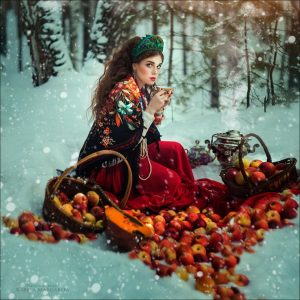